The Philippine Mineral Reporting Code Committee (PMRCC), in cooperation with PwC and Quisumbing-Torres, is inviting everyone to the webinar - PMRC 121 Valuing Rocks and Ores : Mine Finance and Economics on November 11 from 1:00 – 5:30 pm.
More information and registration is at link.xperto.ph/pmrc121. For inquiries, kindly email lsmarcelojr@yahoo.com or evcaguimbal@gmail.com. 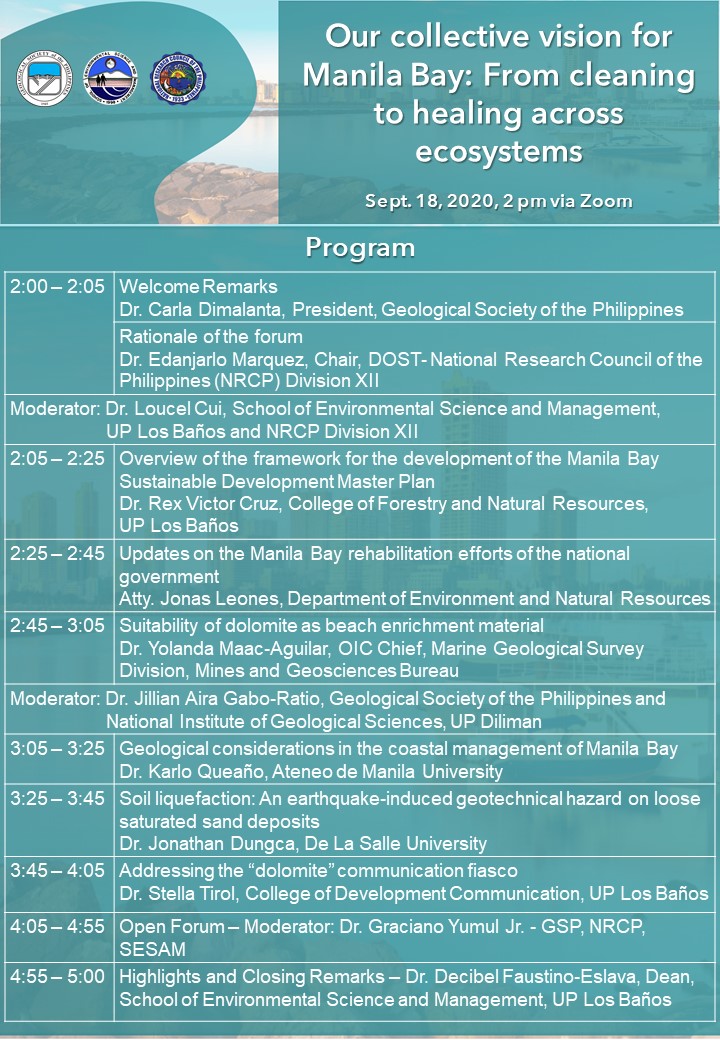 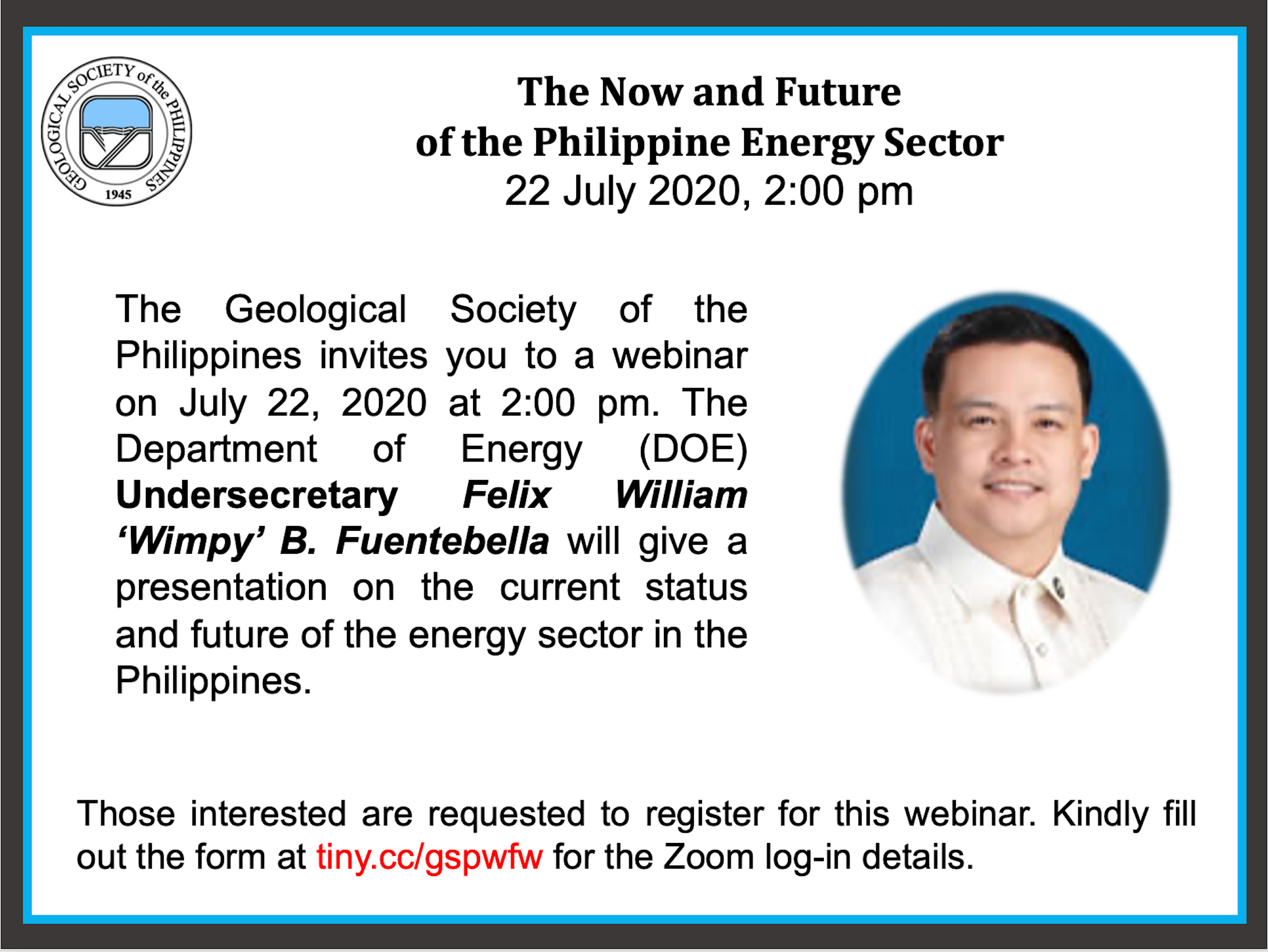 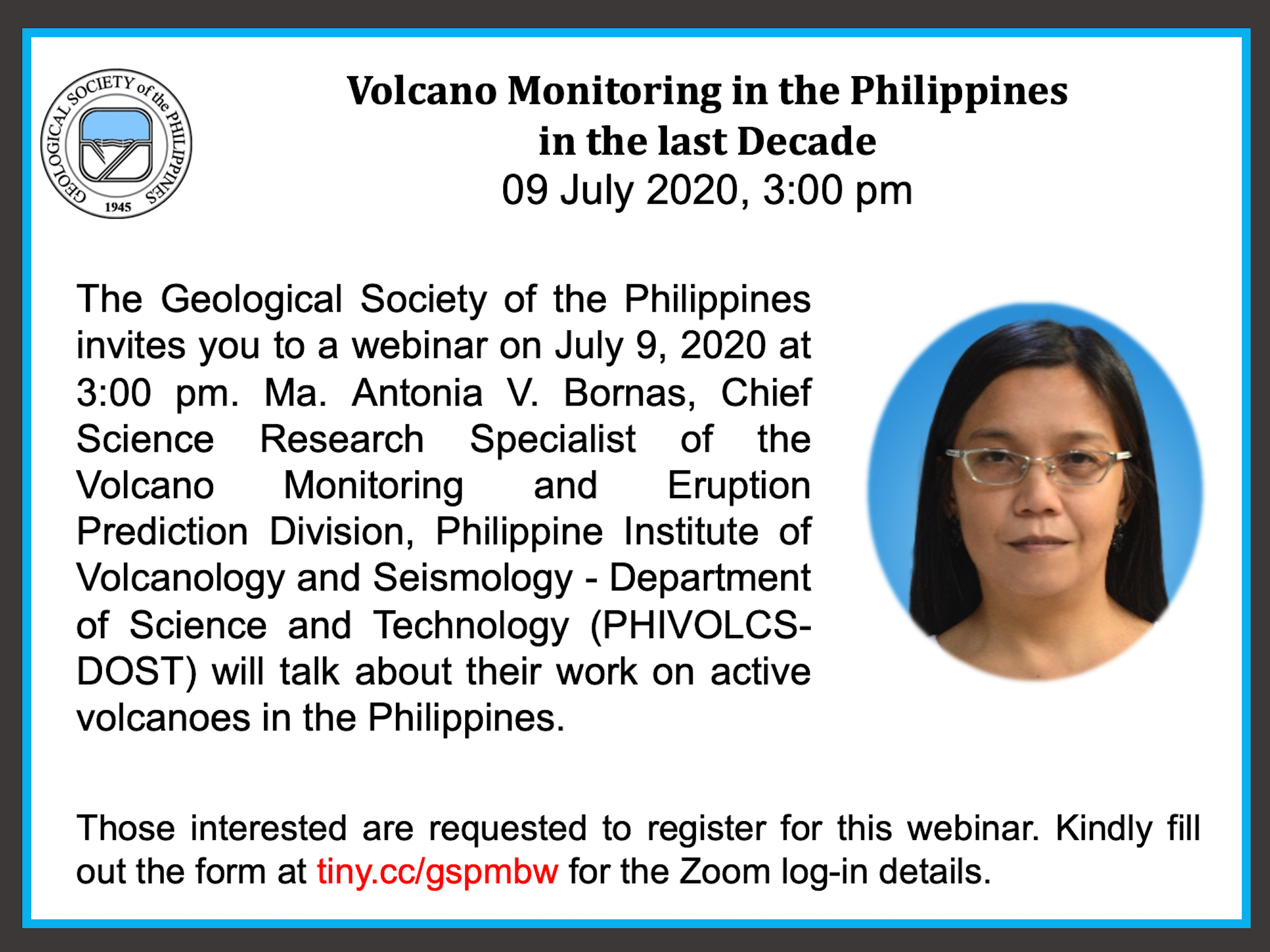 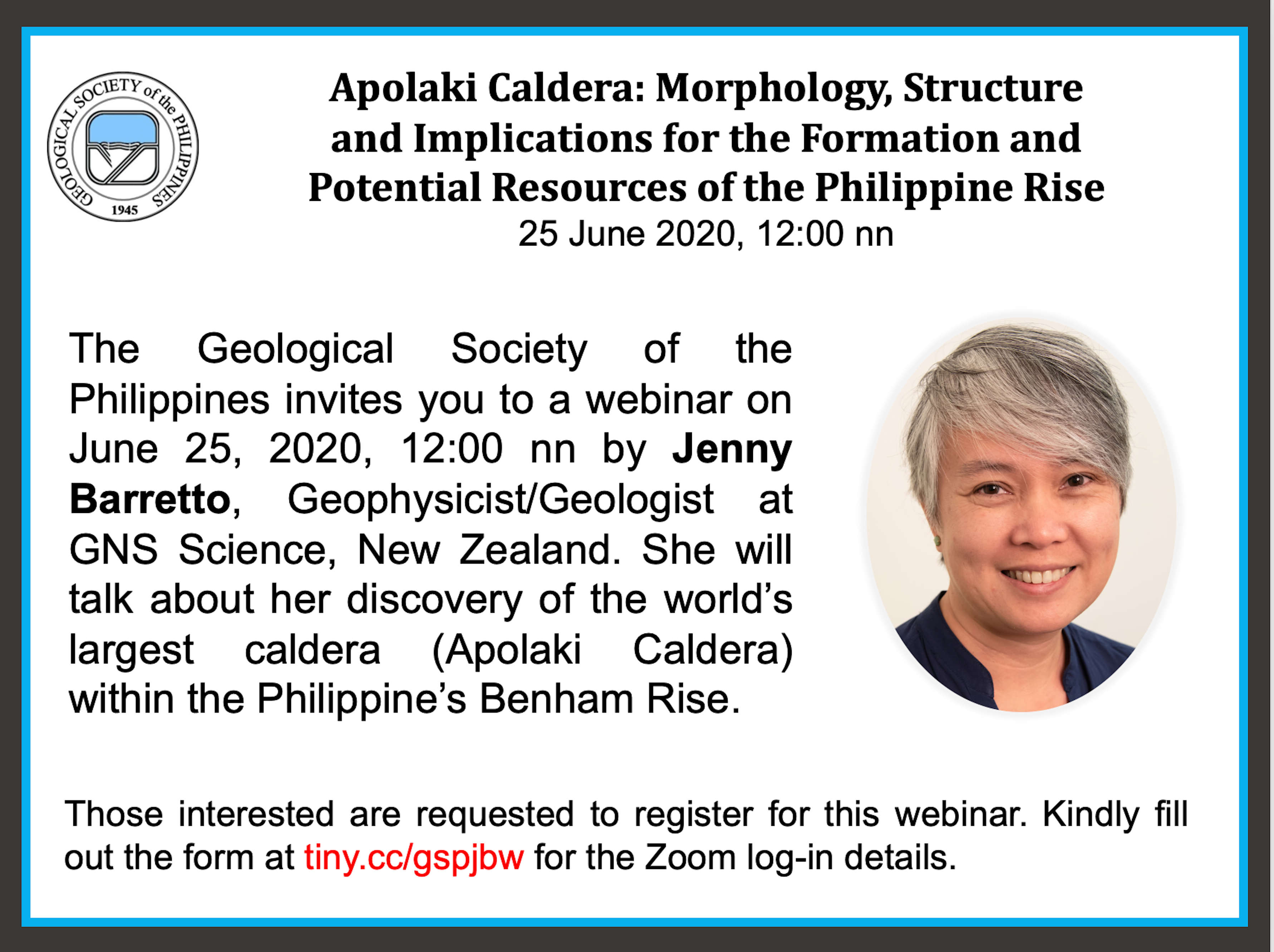 The GSP hosted its 5th webinar on June 25, 2020. Jenny Barretto, a Geologist/Geophysicist from GNS Science, New Zealand gave a talk on "Apolaki Caldera: Morphology, Structure and Implications for the Formation and Potential Resources of the Philippine Rise."

Using NAMRIA’S multibeam bathymetry grid, seismic reflection, gravity and magnetic data as well as published data on rock compositions and ages, they discovered the volcanic caldera as the most prominent feature of the Benham Rise in the West Philippine Basin.